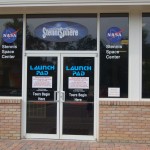 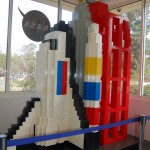 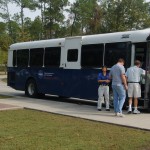 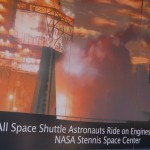 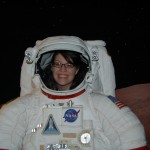 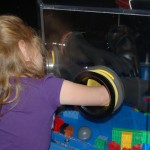 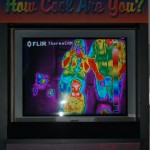 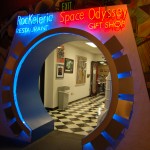 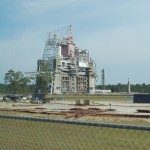 Now’s probably a good time to admit that I was never your most “normal” girl…as a child, I only ever wanted to be one of two things:  an archeologist or an astronaut.  Indiana Jones and Space Camp were two of my favorite films, and on any given afternoon after school, the swing set was either a space shuttle or the backyard was the Valley of the Kings.  (And, my best friend…bless her sweet heart…always went along with it!)  I guess I’ve always liked things that start with “a” and sound like “adventure.”

Somehow though, I majored in English not anthropology, and the closest I’ve ever gotten to the space program was an astronomy class at Ole Miss so the eight year old within me was thrilled when my husband and I took the kids to the Stennis Space Center recently.  I have been once before, but I must have been more interested in my eighth-grade lip gloss than in learning anything…this time I paid a little more attention, and I was amazed.

First, you arrive at the Hancock County Welcome Center and board a bus that takes you into the buffer zone…it’s huge, which is a good thing because, at times, the engine tests they do are so loud they measure on the Richter scale!  Right here in Mississippi is America’s largest rocket engine test complex…and all space shuttle main engines are tested at Stennis before being used by NASA.  Personally, I think that’s pretty cool.

Another thing that is pretty cool is the fact that visiting the Center’s museum, The Stennisphere, is completely free and includes the shuttle ride to the center and a pretty comprehensive tour as well.

The Stennis Space Center is like a little world of its own.  There’s a convenience store, auto repair shop, post office, gym, daycare and more…all for the use of the center’s employees.  The site itself sits on land that was once made up of several towns and communities, but in 1961, it was designated as a place to test the launch vehicles in the Appollo program.  In fact, back in the 1960s and 70s, people used to say, “If you want to go to the moon, you have to go through Hancock County, Mississippi.”  The engines that sent Neil Armstrong to the moon were tested right there, too!  How cool is that?

As the shuttle bus approaches the Center, you pass over a dam-type thing that works much like the Panama Canal and is connected to the Pearl River…becuase the engines are so large they have to come to the center by boat!  You get a better idea of the size of the engines as you pass by the test stands…they’re enormous.

Inside the Stennisphere, you can learn about the history of the space program and of some individual astronauts…including several from the Gulf Coast.  In keeping with the low-cost of the entire outing, I’d suggest you pack a lunch for your visit, but if you don’t, the Rocketeria has a nice selection and seemed popular with Center employees.  Naturally, we did not think to pack a lunch so I can say with some certainty that the chicken strips were pretty good.

If you’re in south Mississippi, the Stennisphere is definitely worth the visit…and it’s expanding.  They’re planning an absolutely enormous science museum and learning facility.  I can’t wait!

One tip from our experience:  go when school’s out.  A field trip of middle schoolers came in, and the students almost ran over our small children (and me!).  Their behavior (and lack of supervision) led us to cut our visit a little short.  The next time we go, we’ll plan it during summer months when it’s unlikely we’ll run into many school field trips and it’s too hot in south Mississippi to be outside anyway.