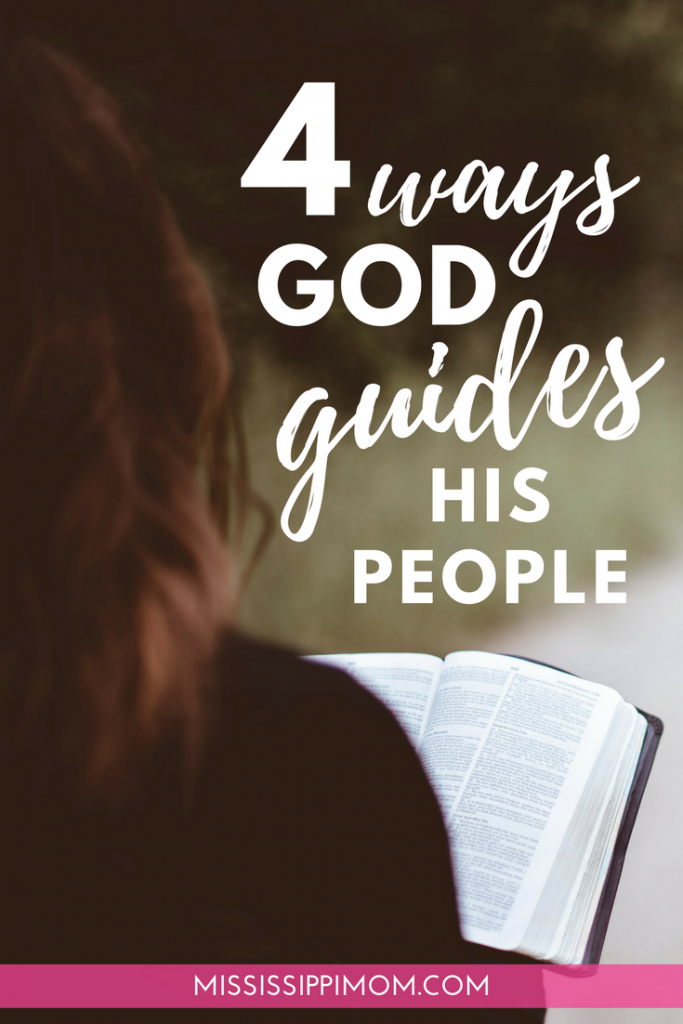 Today, as I ponder the story of Christmas, I can’t help but be struck by the ways in which God interacted with all the characters. As I look at the nativity scenes scattered around our home, I think of the shepherds and the wise men and a young girl and her new husband and realize they all have something very important in common.

God was doing something, and he let them be part of it.

The way he brought each of them into the story was different because they were each different. That’s why I think we can learn so much from a fresh look at the Christmas story today.

You see, God is still always doing something. He’s always at work.

He’s also still in the business of letting mere mortals be part of what he does every day.

We just have to recognize his working and join in, don’t we?

So how do we recognize it? I think the Christmas story gives us insight into some of the ways he invites us to join his work and how he guides us in doing so.

The obvious place to start is Mary, the young girl who “believed that the Lord would fulfill his promises to her.” (Luke 1:45) She readily accepted everything the Lord had planned, regardless of how drastically her life changed because of it.

From Mary, we learn that sometimes God invades our lives and changes every aspect of them.

After her encounter with Him, her life would never be the same. When we encounter him, ours won’t be either.

When she started the journey that led her to Bethlehem, the first step was final. There was no going back.

When God invades our lives, we can’t go back either. Whether it’s the first time we meet him or when he reveals his call upon our lives, the choice to accept and obey changes everything.

God Speaks Even When We’re Unsure

Sometimes, though, we’re much more like Joseph than Mary, aren’t we? We see what God is doing in those around us and have to decide where we fit in all of it. Like Joseph we get the news second hand sometimes.

And, we’re not really sure what to think about it.

We doubt, we deliberate, and we try to decide.

Often, like Joseph, we even make our own plans, trying to manage the mayhem. Think of how he must have felt as he pondered the steps to take. Divorce Mary? Denounce her? See her publicly humiliated and possibly stoned? Believe? Agree to go on?

He wasn’t sure, and often, neither are we.

Maybe your husband feels called to leave his career to do ministry full time.

Perhaps you think it’s time to stay home with the kids or even homeschool them.

Maybe your teen feels led to travel on an international mission trip.

Any number of things can cause us to question and fear and feel frozen.

The thing is: Just like God is still invading people’s lives and changing them, he’s still offering grace to those who simply aren’t sure.

He sent a messenger to Joseph to assure him. He does the same for us.

I can’t tell you the times that I have prayed for guidance only to get it in one way or another from an unexpected source. Recently, just as I was wondering how to go forward with one of our partner ministries, feeling led to commit to more than doubling the monthly support we provide but wondering how it would be possible, a donor called and committed to giving the exact same amount every month.

Those kinds of things always remind me of the story of Abraham’s servant who was sent to find a wife for Isaac. He knew what he was expected to do but simply didn’t know how to do it. So he prayed and asked God for guidance, and “before he had finished praying, Rebekah came out with her jar on her shoulder.” (Genesis 24:15)

God answers our prayers for guidance.

God Guides Us One Step at a Time

When we ask for guidance, God gives it in any number of ways, but I have found that often I feel like the wise men, who followed the star every step of the way. They really didn’t know where it was leading, did they?

They just went one step at a time, following the light as it led.

We have to do the same because, often, God doesn’t reveal his whole plan from the beginning. He gives us just enough to go on, and faith is what makes us follow.

When I first realized that God was leading me to serve him in some way, I was completely overwhelmed. I was half-way through college, well on my way to law school and a perfect 4.0 and everything I’d always imagined my life would be so when he asked me to change direction, I had no idea where to turn or what to do.

All I knew was that I had to surrender and follow…wherever he led.

And he did. Because he does.

God did not call Abraham to go to Canaan. He called him to go to the land he would show him. (Genesis 12:1) Can you get more vague than that?

The journey required faith. Actually, faith was the journey.

The wise men didn’t know who they were looking for or where they would find him, but they followed the star anyway. It led them right to Christ.

God Graces us with Good News

I think of all the characters in the Christmas story, beside the babe himself, I might love the shepherds most.  There’s just something about knowing that wherever or whomever we are, God might just appear and make our mundane lives most meaningful.

I mean, they were just doing what shepherds do, weren’t they?

They were being faithful to the tasks they’d been given, and God gave them a huge blessing.  He announced Christ’s birth to them.  He just flat out gave them good news. Right in the middle of their most normal moments, he let them in on the miraculous.

I’ve written before on why I think he might have chosen them, but today I wonder if it’s the same reason he chooses us sometimes.

Simply because he can.

It’s nothing we do and not who we are; it’s his grace to give us the gospel.

Have you ever had one of those moments when the God just gave you good news?  You weren’t expecting it, but there it was?  And, it’s clear, you know?

God didn’t give the shepherds any room for doubt.  He told them exactly what he was doing.  They knew precisely what they were looking for when they left the fields that night and found it exactly where the angel had said they would.

Their response to the good news they’d received is the same as ours should be.

As they went on their way, they rejoiced.

And they told everyone what God had done.

How has God guided you in the past?  How do you know when he’s speaking to you?  I’d love to hear your stories in the comments!