You are here: Home / Encouraging Word Wednesday / What Should the Church Look Like? 7 Characteristics of the Body of Christ 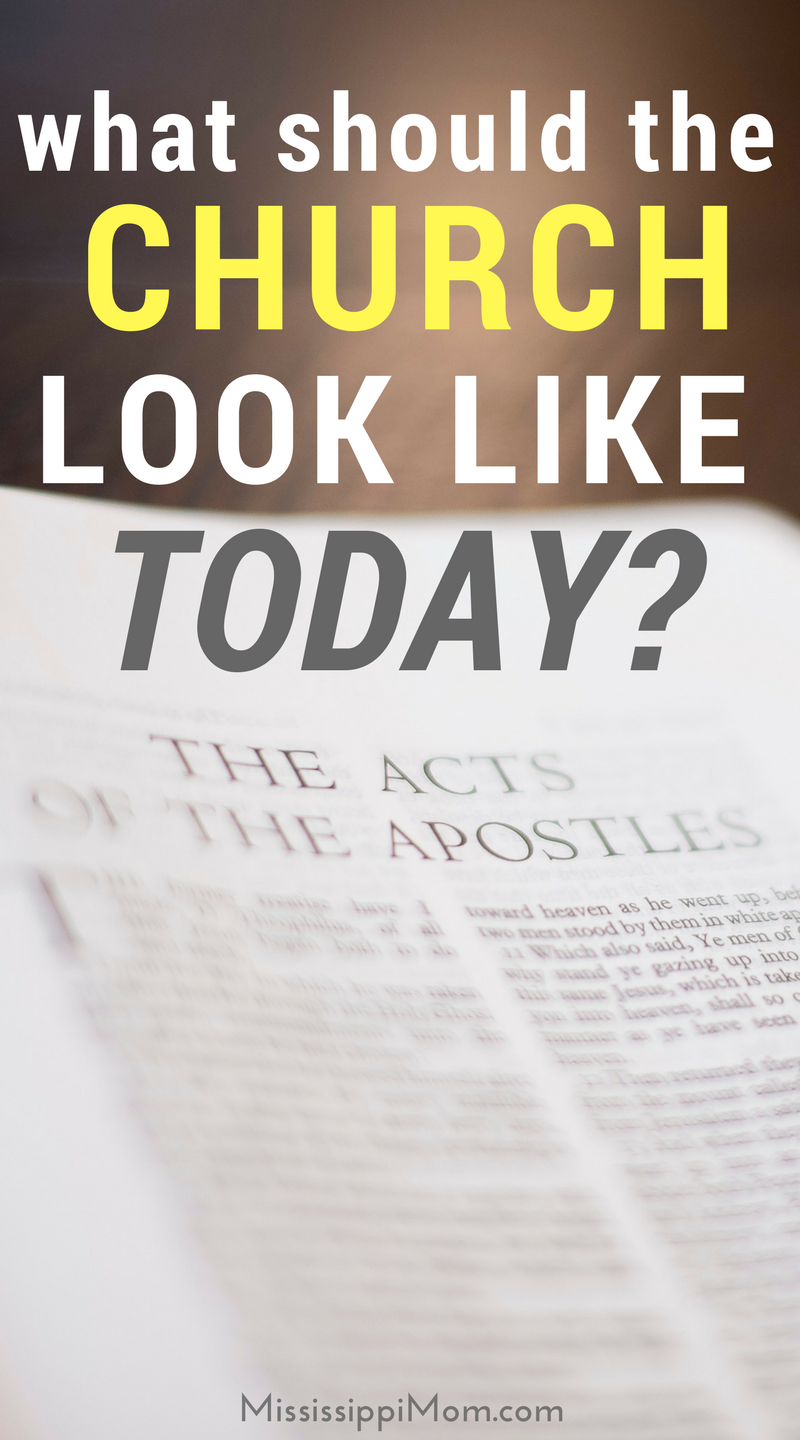 Here in the “Bible Belt,” we talk a lot about going to church and not nearly enough about being the church.

Did you know there is a difference?

We go to church on Sundays, sometimes Wednesdays and often even in between.

Going to church is a routine, even a ritual at times.

Being the church is so much more.

I saw that firsthand this weekend as:

Y’all, it was beautiful.

As the body worked together, each part was strengthened.

I couldn’t help thinking, “THIS is what church is really about!”

The book of Acts tells us so.  Its words paint a picture of a living, breathing body…not a building.   Acts tells us how the believers behaved, what they did from day to day.  It teaches us that the church is not a place for people to come; the church is the people of God in any place. 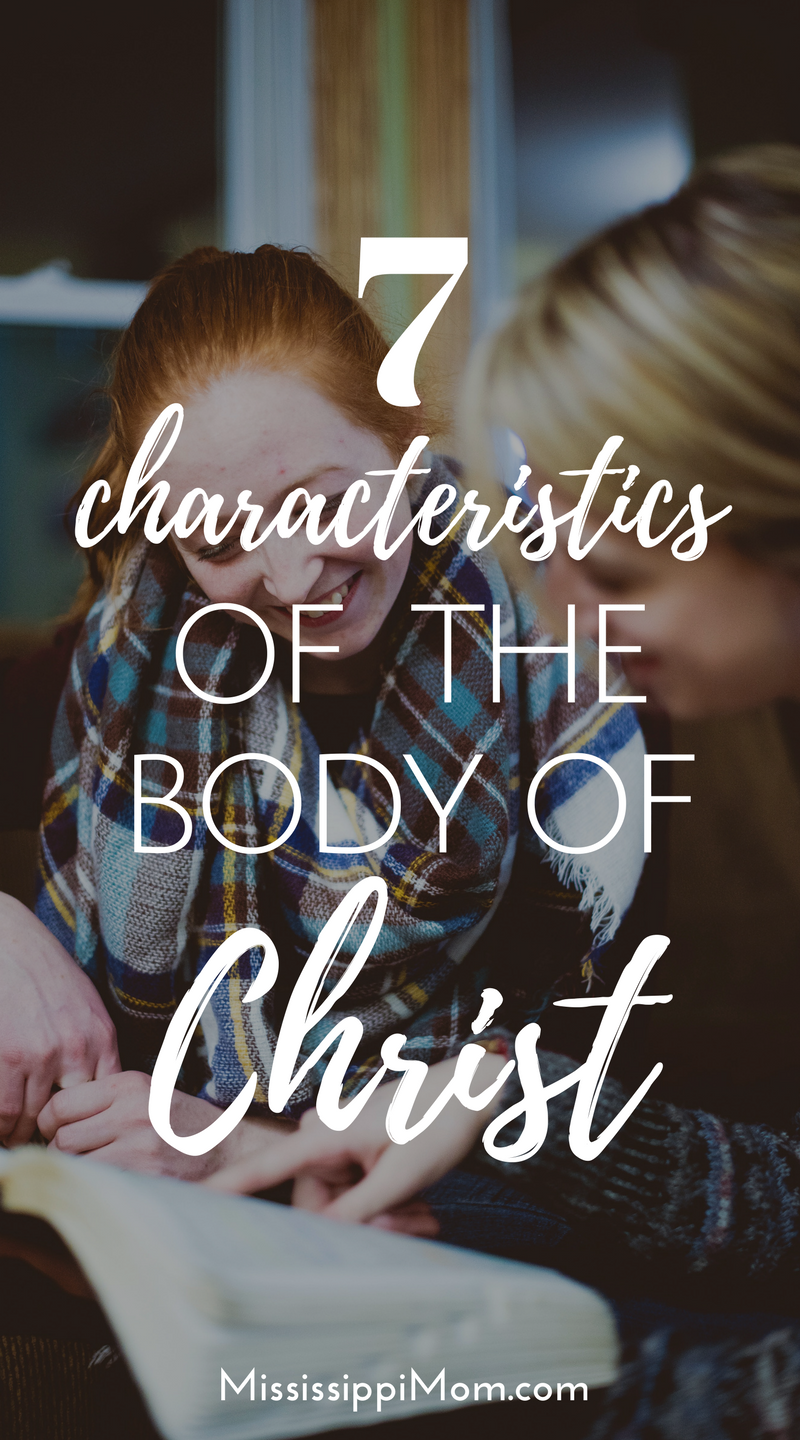 7 Characteristics of the Body of Christ

As I read over portions of Acts and thought of what I’d witnessed this weekend, I realized that there are some very specific characteristics of Christ’s church.

Look with me at Acts 2:42-47, which says, “They devoted themselves to the apostles’ teaching and to fellowship, to the breaking of bread and to prayer.  Everyone was filled with awe at the many wonders and signs performed by the apostles.  All the believers were together and had everything in common.  They sold property and possessions to give to anyone who had need.  Every day they continued to meet together in the temple courts.  They broke bread in their homes and ate together with glad and sincere hearts, praising God and enjoying the favor of all the people.  And the Lord added to their number daily those who were being saved.”

The Church Studies the Word

First, we see that the believers were “devoted to the apostles’ teaching.”

Y’all, they studied the word.  They listened and learned together.  If God said it, they wanted to hear it, and apparently, they obeyed it, too.  After all, when taken before the Sanhedrin, Peter and the other apostles told them, “We must obey God rather than human beings!” (Acts 5:29)

The Church Has True Fellowship

Second, they were devoted to each other.  They met together…daily.  In the temple courts and in each others’ homes.

They actually enjoyed each other’s company!

They must have known each other well, too, becuase if you visit someone’s home often enough, you will probably get a glimpse of who they really are, won’t you?

After all, some of you reading this might imagine my home is clean and orderly and calm.  Those who’ve actually been here know better.  Much better.

And, just like you’re welcome to come by for coffee regardless of the fact I need to declutter my kitchen desk, they opened their homes to each other…anyway.  Regardless of whose home was nicer or who had more stuff to share.  They knew that the size of your hospitality has nothing to do with the size of your house.

It was easy for them to welcome each other into their homes becuase the believers in that first church didn’t consider anything to be “theirs.”

Acts 4:32 says, “No one claimed that any of their possessions was their own, but they shared everything they had.”

That’s what Acts 2:44 means when it says, “they had everything in common.”  The believers didn’t hold back but shared everything they had to help each other.  If there was a need, they sold what could be sold to meet it.

In case you’re wondering, the believers didn’t just meet to eat.  “They devoted themselves to the apostles’ teaching and to fellowship, to the breaking of bread and to prayer.“ (Acts 2:42)

We see it time and time again in the book of Acts.  In the earliest days, the disciples prayed.  In fact, Acts 1:14 tells us, “They all joined together constantly in prayer.”

Think of the story of Peter in Acts 12.  After his miraculous escape from prison, “he went to the house of Mary the mother of John, also called Mark, where many people had gathered and were praying.” (Acts 12:12)

Throughout Paul’s letters, he tells the believers that he is praying for them, encourages the church to pray continually, and thanks them for their prayers.

The Church is Unified

As they studied God’s word, prayed, enjoyed fellowship and served, something happened to the believers: they became a body.  Not a bunch of individuals trying to do their own things together, but one unified group.

Our church was almost destroyed by fire a few years ago, and at times, people couldn’t even agree on what color the carpet should be.  When it comes to things that really matter, having one mind is even more difficult and much more important.

Paul wrote to the Ephesians about the importance of unity, saying “Make every effort to keep the unity of the Spirit through the bond of peace.  There is one body and one Spirit, just as you were called to one hope when you were called, on Lord, one faith, one baptism; one God and Father of all, who is over all and through all and in all.” (Ephesians 4:3-6)

What’s the key to unity in the church?  Remembering who is in charge of it.

After all, “Christ is the head of the church, his body of which he is the Savior.” (Ephesians 5:23)

When we remember who is the head, we can all find and fulfill our proper places and purposes because we are the body of Christ, and each one of us is a part of it. (1 Corinthians 12:27)

The Church Shares the Good News

As we grow in Christ, we learn exactly which part of the body he made us to be.  We have different gifts, but the same goal.  The believers of the early church did, too.

Jesus had told them, “You will be my witnesses in Jerusalem, and in all Judea and Samaria, and to the ends of the earth.” (Acts 1:8)

They took him seriously, y’all.

When the first hints of persecution began, they prayed, “Now, Lord, consider their threats and enable your servants to speak your word with great boldness….After they prayed, the place where they were meeting was shaken.  And they were all filled with the Holy Spirit and spoke the word of God boldly.” (Acts 4:29-31)

No matter what they faced, they proclaimed Christ.

Acts 8 tells us that “a great persecution broke out against the church in Jerusalem and all except the apostles were scattered throughout Judea and Samaria...Those who had been scattered preached the word wherever they went.” (Acts 8:1-4)

This past weekend, as I enjoyed being part of the living and active body of Christ, I couldn’t help but think how much I always want to be part of it.  I don’t want to miss out on what God is doing among his people.  I want to share the fellowship, hear the word, worship and live with my brothers and sisters in Christ.

And do you know what?

I think others do, too.

After all, when today’s church lives like the early church did, people will be drawn to it.  They were then, too.  Acts 2:47 tells us that “the Lord added to their number daily those who were being saved.”

Acts 5:14-15 says that more and more men and women believed in the Lord and were added to their number and that even unbelievers brought the sick to them for healing.

They were the living light of Christ, and people came to it.

So are we.  His church is the light in this dark world, and when we live like the body of Christ should, others become part of it.  We fulfill our purpose, and it brings him praise.

How on earth do we so often settle for less than that?  Why do we focus on policies instead of people?  How can we live every day like our local body lived this weekend?

Lord, help us to be your body, unified in heart and mind.  Show us how to put others’ needs before our own and to enjoy the fullness of fellowship.  Thank you for making it possible for imperfect people to promote peace and to live in unity.  Help us so that we may help others.  Let our light so shine before men that they may see our good works and glorify you.  Amen.

I’d love to hear your thoughts on the body of Christ, today.  Please leave a comment and, if you like, add a link or two to this week’s Encouraging Word Wednesday link-up!  Be sure to visit one or two other bloggers and encourage them today, too! 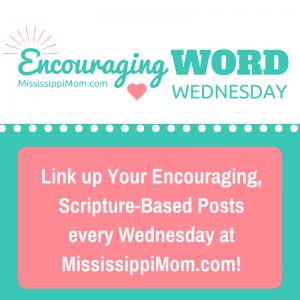