You are here: Home / Family Fun / A world of imagination… 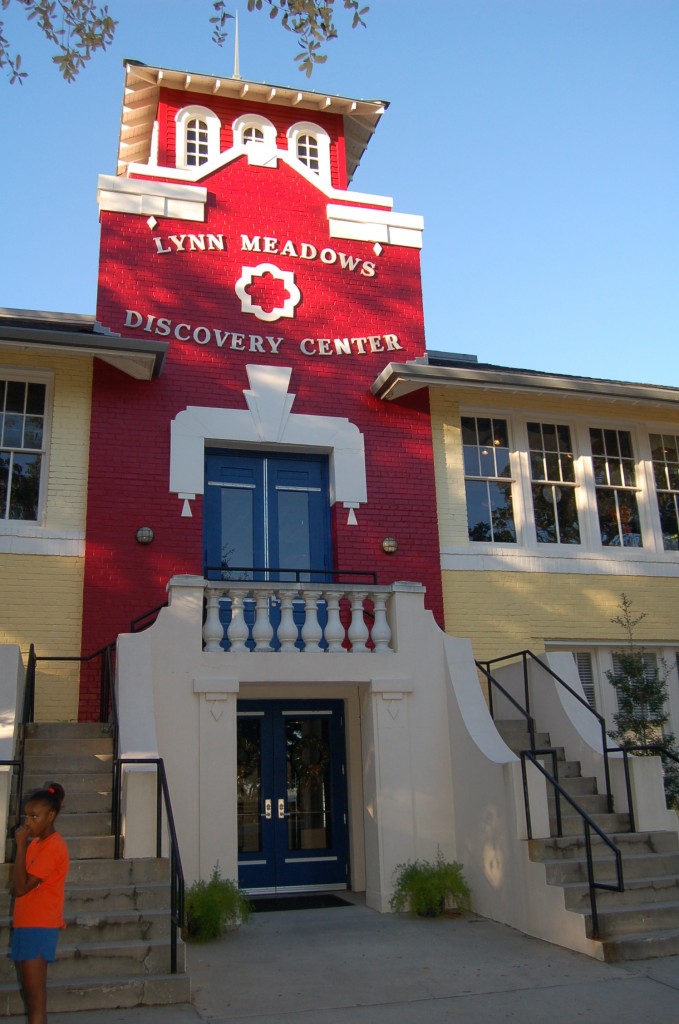 Imagine a world where you can be anything you want to be.  Put on a hat and be a pilot.  Don some rubber boots and catch some shrimp.  Take a train and have a tea party.  If you can imagine it, you can do it at the Lynn Meadows Discovery Center in Gulfport, Mississippi.  For the next two weeks, it’s still the only children’s museum in the state, and it is a fantastic one!

We first visited Lynn Meadows in 2007 when, to be honest, there wasn’t much left to see on the Coast, but Lynn Meadows had reopened and was doing well…it’s doing even better now and has expanded and improved.

We were fortunate enough to be in town on October 30, which fell on Free Fridays.  On the final Friday of each month this year from July-November, the museum is open from 5:00-8:00 p.m. for free!  If you’ll be on the Coast for Thanksgiving, stop by the center on the 26th and follow all that food with some good, ole family fun!

The best thing about a children’s museum is watching kids bring the exhibits to life.  Whether they’re serving tea or selling train tickets, you get a glimpse into what they’ve learned about the world around them.  One child tells another, “The airplane can’t take off until you put your seatbelt on.”  A little girl goes shopping and tells the cashier, “Wait, I have a coupon for that.”

And, that’s exactly what the exhibits are made for…children.  Don’t let that stop you from playing along though…it’s a lot of fun for the whole family. 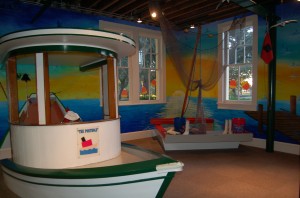 Lest you forget while you’re visiting the museum that you are, in fact, on the Gulf Coast, this exhibit allows you to practice your shrimping skills.  You even get the opportunity to practice loading and unloading with a crane.  Too cool…for girls and boys! 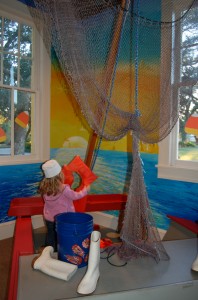 Get your lifejacket on and get ready to set sail!  You might be able to catch dinner if you can figure out how to work the net. 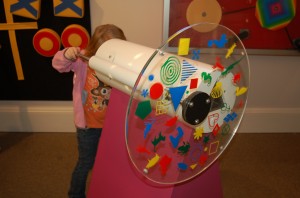 One room is devoted to science and has experiments and exhibits that teach kids about basic physics.  There’s even a machine that makes a “tornado,” which shows kids how twisters really form. 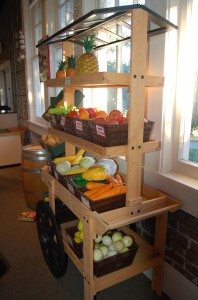 The grocery store.  Kids (and adults!) can shop, pay, play cashier or butcher or bag boy…the options are endless…and I thought the amount of time we’d have to spend there might be, too!

In one area, you can board a plane for Mexico…but you have to be sure you have your tickets and your passport.  It’s also a good time to brush up on your Espanol, too!