It’s a chance for one community in our state to win a brand new playground built in partnership with Dr Pepper Snapple Group and KaBOOM!.

Twenty-seven Mississippi mayors are taking part in the Mississippi Mayors’ Let’s Play Challenge, a statewide competition designed to get families across Mississippi active. During the contest, the mayors are asking participating city residents to log on to LetsPlay.com to take the Let’s Play Pledge to devote at least one additional hour of active play each week. At the end of the challenge, the city that receives the greatest number of pledges as a percentage of its population will win a new playground built in partnership with Dr Pepper Snapple Group and KaBOOM!. The Mississippi Mayors’ Let’s Play Challenge is a contest of Let’s Play, a community partnership led by Dr Pepper Snapple Group to getting kids and families active nationwide. 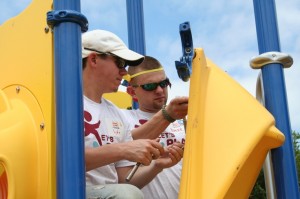 While childhood obesity may be slowly declining in Mississippi, according to the Centers for Disease Control and Prevention, the state led the nation in obesity with 34.9 percent of residents considered obese. By taking the Let’s Play Pledge, Mississippi families across the state demonstrate their renewed commitment to healthy living, and make physical activity a daily priority.

Today at 2:30 p.m., the competition will begin with the Mississippi Mayors’ Let’s Play Challenge kick-off ceremony, which will be held in conjunction with a ribbon-cutting ceremony celebrating a new playground build at G.N. Smith Elementary School in Jackson. 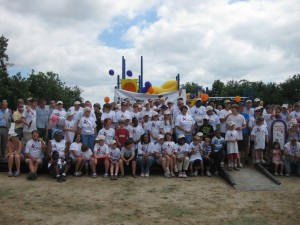 This could be your community! Playground Build in Boyle, MS (Image Source: Let’s Play!)

So, are you ready to play?  Visit LetsPlay.com and take the pledge!  Get out and get active and have fun this summer!

If you need more information, here are some frequently asked questions: 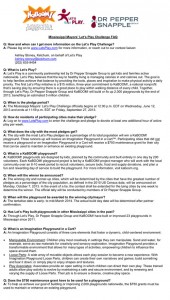 Disclosure:  I am an Official Play Ambassador for Let’s Play and receive compensation as such.