You are here: Home / Faith / He Calls Me Friend 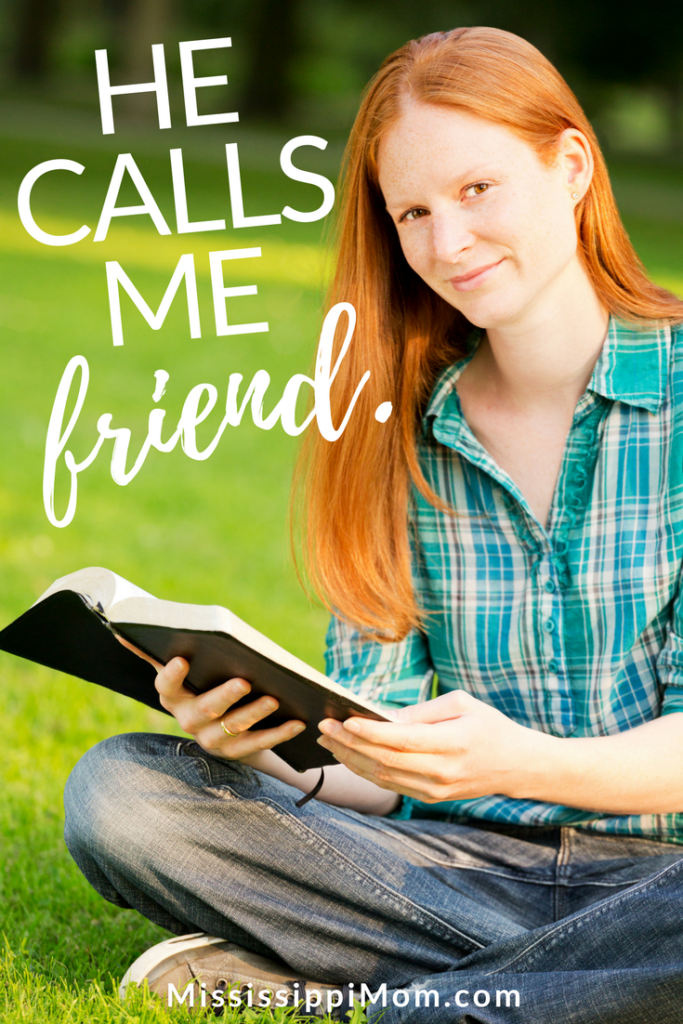 A man walks slowly through the camp, carrying his tent.  One by one, people come outside and watch, all eyes trained on him as he leaves the camp and starts pitching his tent.  They watch intently until he enters it.

When he does, a cloud comes down and stands at the entrance.

In the pillar of cloud is the presence of God.

As the people watch, they worship.

Because the God of the universe, the one who was leading them from slavery to freedom, was standing in in the midst of the cloud, talking to man.

The same God who parted waters, sent bread from heaven, and led them on their way came down to converse.

Not just then, but much later, too.

He walked the earth, healing and helping, and constantly conversing with those who followed him.

He told them, “You are my friends if you do what I command.  I no longer call you servants, because a servant does not know his mater’s business.  Instead, I have called you friends, for everything that I learned from my Father I have made known to you.” (John 15:14-15)

The people gathered with him that final night aren’t the only ones either.

The same is true for us.

James 2:23 says, “‘Abraham believed God, and it was credited to him as righteousness,’ and he was called God’s friend.”

Faith makes us his friends, too.

The kind of friends to whom he speaks, the ones who hear his voice…and follow it.

The scene at the beginning of this post is set in Exodus 33:7-11.  Check it out!  Also, I’d love to hear from you.  What do you think it means to be a “friend of God”?  How do you feel when you hear those words?

It’s Friday, so I’m joining Kate at Five Minute Friday.  This week’s prompt was “Friend.”  Be sure to visit KateMotaung.com to read some other wonderful writers and their take on this week’s word!