You are here: Home / Faith / What My Miscarriage Taught Me About God’s Grace 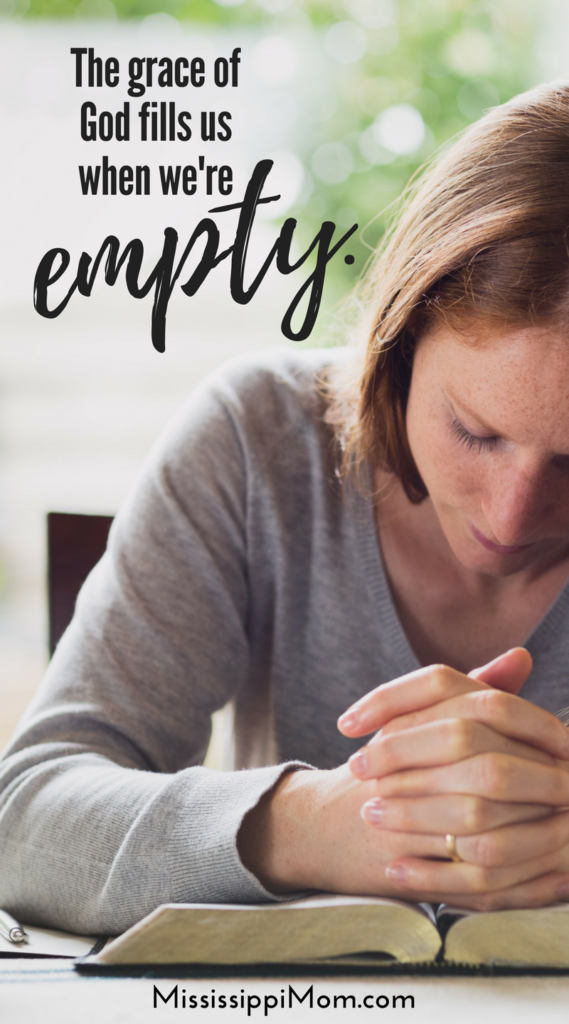 Eight years ago, as I sat with my three-year-old daughter, watching her dad play Thomas in our church’s Living Last Supper, I felt a tightening I recognized from 8 weeks spent on bedrest when I was pregnant with my daughter.

The contractions subsided, but when I saw my doctor at my appointment on Monday, we realized they weren’t the only things that had stopped.

The image on the sonogram showed everything but a heartbeat.

I remember trying not to lose my composure becuase my daughter was with me.

The next day, I had a D&C, and the day after that I headed to the beach for a trip with my family.

I remember watching the waves one morning when almost no one was on the beach and realizing that as vast as the ocean was, I felt just as empty.

There had been life inside me.  It was gone.

There had been hope; now there was hurting.

I always think of it on Good Friday because that was the last day I’d had that hope, and it forever changed the way I think about the day and of those who actually lived through it all those years ago.

They’d had hope, too.

It was gone, lying in a hasty grave, where they’d put the one who’d actually raised the dead.

It made no sense.

How could the one who commanded wind and waves be defeated and destroyed?

And, how could anyone ever come to call that day “good”?

I know the answer because I’ve lived it.  The pain of that day was not permanent.  God had bigger plans than the pain.  He had a purpose.

When they came creeping to the tomb on Sunday, the women had no idea the happiness that would replace their hurt.

Because when they took their empty hearts to the empty tomb, God filled them with hope again.

He did that for me, too.

Every time I see a certain pair of clear, blue eyes, I am reminded of God’s plans and his purposes.

I first looked into those eyes less than a year after my miscarriage.  I was holding those little hands as we celebrated Easter the following year.

And I appreciated the grace I’d been given, the overflowing abundance of God’s goodness to me, more because I knew what it was to be empty.

And he still chose to let me be filled.

I’m so happy to be joining Kate at Five Minute Friday this week!  Pop on over and join us!  It’s a wonderful community of writers, and even if you don’t write, you’ll find some amazing posts to read.

I’ve only written a little bit about my miscarriage in the past because it’s a hard thing to write about.  It’s even harder to experience.  If you have and would like me to pray for you, please email me.  I’d be honored to do so!