You are here: Home / Crafts / Spreading Christmas Cheer with Homemade Gifts this Year! 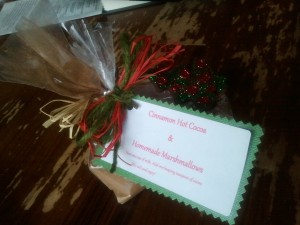 This year, I decided that the kids would have more of a hand in Christmas happies for people like teachers and family friends….literally.  They began by making cinnamon ornaments for people at a local nursing home.  More than once I wondered if the glitter was a good idea, but the kids had a blast!  And, the ornaments smell delicious. 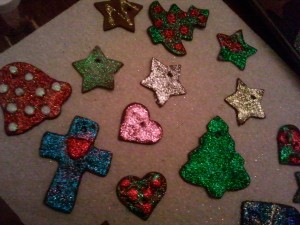 I am still finding glitter everywhere though.  Oh well…it was worth it.

Then, we decided to make some homemade marshmallows to go with our Cinnamon Hot Cocoa Mix (recipe below).  The kids loved watching the clear liquid become fluffy marshmallows.