You are here: Home / Daily Christmas Devotions / You are not an outsider. Christ brought you in. 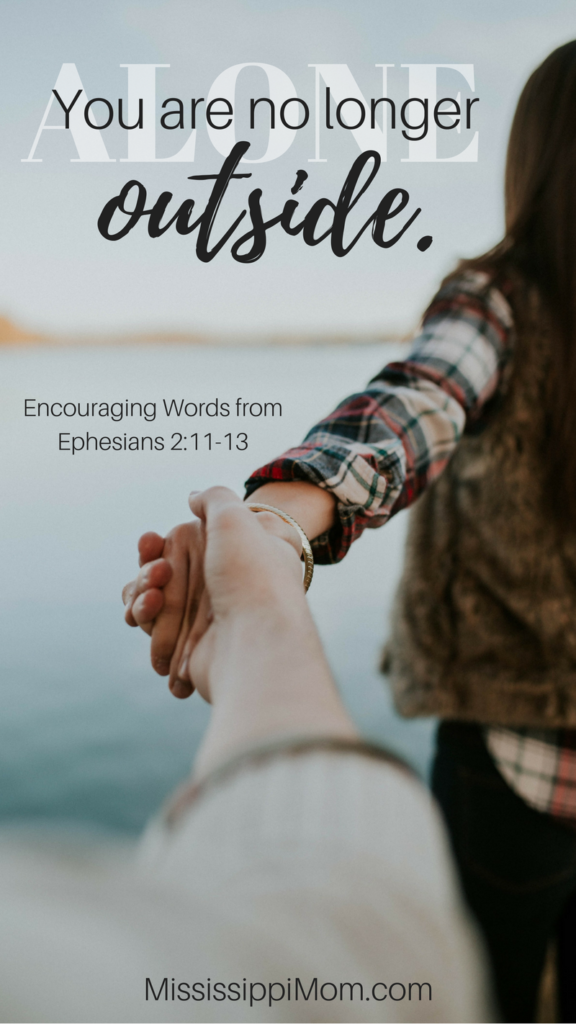 “It is too small a thing for you to be my servant to restore the tribes of Jacob and bring back those of Israel I have kept.  I will also make you a light for the Gentiles, that you may bring my salvation to the ends of the earth.”  Isaiah 49:6

Throughout the history of His people, God made it clear He had a plan for all peoples.  The Jews may have been the nation hoping for the Messiah, but they would not be the only people saved by Him.  Even at His birth, men came from afar to worship Him, and throughout His ministry, He showed mercy to the Gentiles.

So, who were the Gentiles?  Very simply put, the Gentiles were not Jews.  They did not belong to God’s chosen people.   They did not descend from Abraham and were not permitted to enter the inner courts of the temple; they were forced to remain outside, to worship from afar.

The thing is:  many of us are Gentiles.  We are not Jews and did not descend from Abraham.  Had it not been for Christ we would be the ones held at arm’s length from God, watching from the outer courts as others entered in.  But God made Christ a light for the Gentiles, extending His salvation even to us.

“Therefore, remember that formerly you who are called Gentiles…were separate from Christ, excluded from citizenship in Israel and foreigners to the covenants of the promise, without hope and without God in the world.  But now in Christ Jesus you who once were far away have been brought near through the blood of Christ.”

God came near as a baby in Bethlehem so He could draw us near to Him.  If we believe in Him, we are no longer separate; his spirit lives in us.

Worship:  Read Matthew 28:16-20.  Reflect upon the fact that if Jesus’ disciples had not obeyed His command, you might not know Him today.  Pray, thanking the Father for those who shared Christ’s love with you.  Remember that He still desires to have his gospel preached to all nations.  Ask Him to reveal to you ways in which you can be obedient to His Great Commission.  Pray about giving to the Lottie Moon Christmas Offering or becoming more involved in missions, both here in your community or around the world.  Pray for the unreached peoples of the world and for the workers God has called to share Christ among them.

Family Focus:  Explain that Jesus came to bring salvation to all the peoples of the earth.  Look at a globe or a world map, focusing on parts of the world where many people have never heard of Christ.  Choose a country or a people group and begin to pray as a family that Christ will be made known among them.  Visit www.imb.org for more suggestions or to research countries or people groups.  The site also has great resources like videos to help kids (and adults!) understand more about missions.  Pray about the Lottie Moon Christmas Offering and, if you feel led, give to help spread the gospel of Christ.